Many FarmVille farmers want money fast, or experience fast, or want to level up, or want to speed things up— make and earn things faster.  No matter how long they play, they're not getting what they want, and that is to outshine everybody else.  But you can't reach the top by simply playing the game.

"In order to preserve your self-respect, it is sometimes necessary to lie and cheat." — Robert Byrne

I doubt Robert Byrne had FarmVille in mind when he said that, but it somewhat rings true, although it's not really about self-respect, it's more about triumph and a yearning to be a superstar amongst Facebook friends.  Sometimes, it's just the need to satisfy out nefarious impulses.  Whatever your reason, if you want to succeed in FarmVille, you're going to need Cheat Engine.

Cheat Engine is only for Windows operating systems, but there are a few alternatives for Mac OS X users:

Now, to start hacking FarmVille on Facebook, for whatever you want!

Make sure you have downloaded Cheat Engine to your computer, then open the program, but don't do anything else.

Now, open up your web browser, preferably Firefox, and log-in to Facebook.  Open up the FarmVille application (you should already have a FarmVille account at this point).

Now you need to make sure Cheat Engine is set up for FarmVille with your particular web browser.  Click on the Process List button, and find either your game (FarmVille) or your web browser.  For Firefox, look for a file that ends in -firefox.exe and click "Open".

Now it's up to you to figure out what kind of hack you want to perform in FarmVille.  If you want more experience points or more money.  In this example, find how much money you actually have.

On the righthand side of Cheat Engine, in the Address / Value box, you should see some results listed with the value of 20280.  In order to discern which Address you will need, you need to go buy something in FarmVille.  Once you buy something in FarmVille and your actual money drops below 2,535, one of the Addresses will drop values also.  Choose whichever address dropped value.

Highlight the Address and press the Red Arrow symbol to the right. 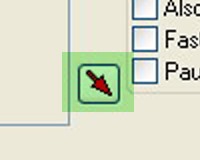 The Address will drop below in the lower box.  Highlight it, then right-click to view your options.  Go to "Change record" and then "Value".  The Value box will now open.

Now, multiple the number that is already in the box by 8, and then by 8 again, and then again if you want.  In this example, we'll only do it twice.

This doesn't always work.  Not every situation is the same.  You pretty much just need to fool around with Cheat Engine and FarmVille.  Play with it and you'll get the hang of what you can do and what you can't do.

A lot of the times, whatever you change will not save once you close Cheat Engine and restart FarmVille, so beware.

And check out these other guides and sites to using Cheat Engine on web-based games.  It could help you out.

Doesn't work on the Bloons TD games past the 2nd one? :s

To all greetings =) Please help)) it is impossible to crack lineage2 freya with if there is at someone a reference to plug-ins please throw to me on an offer mail box as it is possible crack still game can to write too there.
In advance thanks also excuse for my bad English I from Ukraine XD

I have done every step exactly the way I'm supposed to, but it still inst showing the address and value list for me..Please comment, I need some help?? It will be very appreciated
:)

My FarmVille Coins increased but when i am closing Cheat Engine Coins coming in to old value, can any one help