Real-time strategy (RTS) was the most popular genre in PC games at one time. It put Blizzard on the map—one of the biggest game developers in the world. And it buried the once venerable turn-based strategy genre, the only survivor being the Civilization series. But like hair metal in the late '80s, RTS reached its saturation point. Many bands (games) were too similar and used ornamentation over innovation. Suddenly, the fans left. From '95 to '03, Command & Conquer releases were more like new Poison albums—fun for diehard fans who remembered the glory days, but not exactly going platinum or attracting new admirers.

Both rock 'n' roll and RTS needed saviors. They needed to be stripped of their excess so people could see why they were so awesome in the first place. Grunge eventually rescued rock 'n' roll, and RTS got tower defense.

More than likely, anyone who's spent time at the computer has played at least one tower defense game. It's RTS without the ability to move individual units. All a player needs to do is build towers. When enemy soldiers try to cross them, the towers defend themselves automatically. Not having to manually order units around makes the frantic pace of RTS games more manageable; It also makes them more accessible. It's like Megadeath versus Nirvana—who's more likely to appeal to everyone? In fact, tower defense is so accessible that as I type, a new tower defense fan is being created on my couch; My girlfriend is introducing her friend to the genre with Defense Grid: The Awakening. They've been at it for two hours and counting and are completely engrossed. It smooths the textures on my pixelated heart to watch. 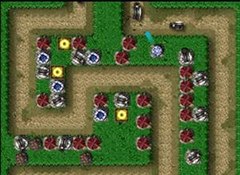 It's already been five years since Flash Element Tower Defense first put TD games on the map, but now the genre has reached a crossroads similar to the one that spawned it; There are thousands of tower defense games, ranging from mindless drivel to complexities that make you want to throw your controller against the wall. They're on every console and Flash game site, priced anywhere from $0 (TowerDefence.net alone has over 200 free web versions) to $20, one of the more expensive ones being Plants vs. Zombies (available on eight different platforms). There is a terrible DS version starring penguins and a mediocre licensed South Park version on the Xbox 360. Alas, tower defense games may have finally reached their own saturation point. But a new wave of tower defense games has begun, based on the traditional structure while mixing in elements of other genres to provide a new experience. It could potentially spice up the tower defense genre to vitality and relevance.

Okay, we've covered the history of the genre—now let's celebrate with [my choice for] the best free and paid version of traditional tower defense. Tomorrow, I'll spotlight a few of the top genre-bending up-and-comers (including tower offense!) you have to look forward to as the genre matures.

Bloons Tower Defense is a series of free browser games by NinjaKiwi, Bloons TD 4 being their latest. The enemies are hordes of balloons, and the towers are monkeys who hate the balloons 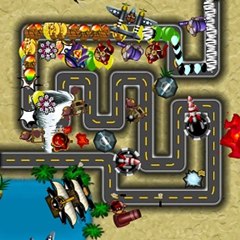 (for whatever reason) and want to keep them from traveling from one end of the road to the other. It's the epitome of a traditional tower defense game, with all the tropes. But it executes the formula with subtle depth and a charming sense of humor that make it impossible to stop playing. It has a better UI and upgrade system than GemCraft, more interesting towers than Flash Element Tower Defense, and better production values than Desktop Tower Defense. Best of all—it runs on any PC, is free and tons of fun. Go play it now! You can read the rest of the article when you're done—seventeen hours from now.

Defense Grid's gameplay is very similar to that of Bloons. So, is it worth $10 on Steam or XBLA? Unquestionably—YES. It takes the formula that Bloons perfected in a free-to-play setting and adds a layer of AAA-game polish. Its graphics are in vibrant 3D, and it has an immense variety of level and enemy types, each one well-designed. It can be quite difficult, but beating a level in this game is more satisfying than in any other game you've played. The pace in which the player gains new abilities is remarkable, and being introduced to the many intricacies of the game makes each new level exciting. And there are a lot of levels—2 campaigns worth in the main game and 3 DLC map packs (a buck each). I've spent at least 10 hours on the game and still haven't finished. Anything that can entertain for that long is worth $10. 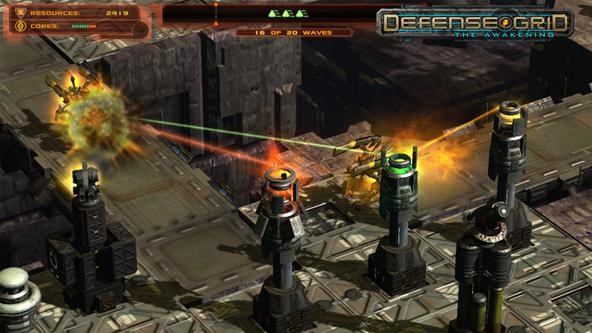 Plants vs. Zombies is a close second, but loses out because it's way too easy and while deep, is nowhere near as tactical and engaging as Defense Grid. It's worth $20, but not worth $20 compared to Defense Grid's $10.

I must admit, I haven't tried any tower defense games yet. I don't fully comprehend the RTS games, but now what I know that it's not as time-consuming as, say, StarCraft, I might give them a try. I'm more of a word game guy, but I like to play some indie games every now and then.

Be prepared to loose several hours without noticing. They really are highly addictive.

I can't get enough plants vs. zombies myself.

Defendin' the penguin was not SO terrible, and Plants v. Zombies was fun, but it ended quickly.

I play Bloons and other TD games on Kongregate. It's very addicting. A great way to procrastinate and not feel too guilty about it. I'm almost at the last level of Incursion this week.